Why Am I Not Losing Weight In a Calorie Deficit? CICO Diets Aren't For Everyone

CICO diets are flawed for a few reasons. Read on to find out why counting calories in and out isn't the best approach for sustainable weight loss. 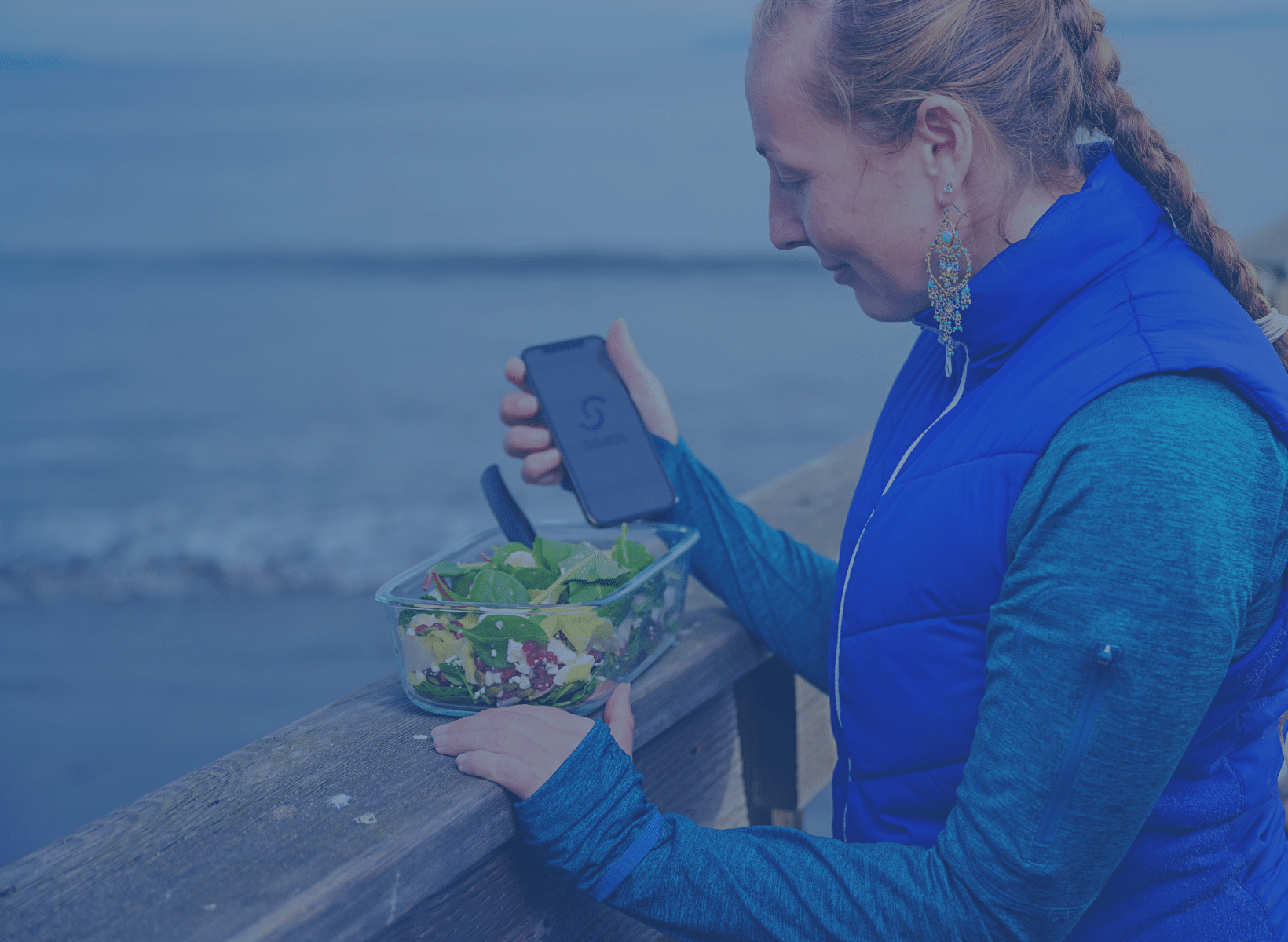 Can you lose weight by counting calories and achieving a daily caloric deficit (burn more calories than you consume)? Probably. But counting calories is the harder, not smarter, approach to weight loss. And, even if you do succeed, you are unlikely to keep the weight off for the long term.

Several obstacles make accurate calorie counting difficult if not impossible. Approximating calories consumed and burned remains just that—an approximation. We routinely underestimate the amount we eat, and activity trackers are often incorrect in estimating the number of calories we burn working out.

Beyond the ineffectiveness of current methods of calorie tracking, there’s the challenge with the calorie itself—not all calories are created equal. A calorie of cake and a calorie of spinach do not affect your body the same way and yet we count them the same. It’s time to retire calorie counting.

The Biggest Error with CICO (Calories In Calories Out) Diets

Calories in is incredibly hard to get right. To get a true picture of calories consumed, the user must input the exact amount of food and drink consumed, which can only truly be known through precise measurement of food by a food scale, measuring cups or spoons—for every home-cooked meal, nibble snuck, each ingredient in that pad thai at your local Thai restaurant, and dinner at mom’s house.

Will users track every bite or sip with 100% precision? Unlikely.

You can start to see why counting calories isn’t the best approach to sustainable weight loss. Getting the math exactly right proves critical to this approach, but it’s nearly impossible to find unerring numbers to plug into the calories consumed minus calories burned equation.

Even if you were spot-on in your calorie counting, you may not be eating the food that nourishes your body without inciting inflammation and fat storage. For example, you could eat oreo cookies for your entire restricted 1,200-calorie allotment for the day. You may still lose weight, but you’d likely incur health problems in the process.

Why Calories Out Is Hard to Get Right

The concept of calories was first introduced by French physicist, Nicholas Clement, in the early 1800s. Clement’s work focused on measuring the energy of heat engines. A calorie was defined as the amount of energy necessary to raise one gram of water by one degree Celsius.

Calories supply the energy we burn to stay alive and remain active.

Resting energy encompasses the energy your body burns for organ function, cellular regeneration, and repair when you sleep. This is the energy you would burn every day if you were sedentary or mildly active. You can guesstimate the amount of resting energy you use each day, but even smart devices use estimates.

Active energy is the energy you burn when you work out. Smart devices can approximate the number of calories burned based on data you input, such as height, weight, sex, and age, and your steps or heart rate.

A data review of three pairs of fitness trackers over 14 days found that the number of steps reported by different devices worn simultaneously could vary as much as 26<sup>2</sup>. Calories burned and miles traveled seemed to differ based on each device’s algorithm for inferring this data.

A study conducted by UCSF’s Human Performance Center revealed that cardio machines overshot calorie burn by 19% on average—with ellipticals overestimating calorie burn by 42%, treadmills by 13%, stair climbers by 12%, and stationary bikes by 7%.

Why the discrepancies? Most equipment only asks the user to add age and weight, neglecting to consider other key data points like body fat, body temperature, hormonal changes, and fitness level.

A person with more body fat and less muscle mass burns more calories per workout. As you get leaner, your body becomes more efficient at using calories. For example, a 160-pound woman with 35% body fat will burn more calories than a 160-pound woman with 20% body fat, even if they both run at the same pace on a treadmill. But, the treadmill’s calorie counter will erroneously display the same number of calories burned for both women.

When you attempt to lose weight by restricting and counting calories, your metabolism will eventually shift into a conservation mode that slows your caloric burn at rest to maintain weight. Many people try to “power” through this roadblock by further restricting calories to continue dropping pounds.

The big problem arises, however, when an individual reaches his or her weight loss goal and returns to eating the number of calories they ate before the diet began.

The greatest illustration of this phenomenon came from the NBC hit show The Biggest Loser. A study conducted by the National Institute of Health and published in the journal Obesity followed 14 Biggest Loser contestants during one season of the show and the six years that followed. The study found that while the contestants started with an average weight of 328 lbs. and ended the show at an average weight of 200 lbs., by the end of the six-year follow-up, all but one contestant had regained weight<sup>2</sup> - with an average end-point of 290 lbs.

The Biggest Loser contestants ate a calorie-restricted diet during the show but returned to their pre-show eating habits after the show wrapped. The low-calorie diet was too hard to maintain long-term, and the contestants’ metabolisms didn’t increase at the same rate as their post-show eating habits so they regained weight.

When you focus entirely on how much you eat in calories instead of the quality of the foods you eat, your health may suffer. In an extreme example, if you meet your calorie-restricted diet goals by eating packaged, processed, low-calorie “diet” foods, you’ll miss out on the nutrient density of whole food options.

An analysis of food purchases made by more than 15,000 U.S. households revealed that 61% came from highly processed food and drinks<sup>4</sup>, versus a mere 6% of less-processed foods, and 5% of foods requiring cooking. Ready-to-eat and highly processed foods contained 10% more saturated fat, 15% more sugar, and more sodium per calorie than whole foods.

Strict calorie counters may also ignore that many of their food choices may be high in unhealthy fats, refined carbohydrates, sodium, and cholesterol. If your focus dwells just on calorie counts, you may be left feeling hungry and reaching for more low-calorie, low-nutrient-dense packaged foods.

We Respond to Food Differently

In a landmark study published in Cell in 2015, 800 individuals and their glycemic or blood glucose (aka blood sugar) response to 46,898 meals was studied. The analysis found a high degree of variability in how individuals responded<sup>5</sup> to the very same foods. One person may find that their blood sugar spikes from eating pizza but not ice cream, while another individual could spike from ice cream but not from pizza.

Spikes in our glucose are a key mechanism by which we gain weight<sup>6</sup>. When our blood glucose spikes after eating, insulin—our bodies’ main anabolic (“building up”) hormone—signals the cells to use the glucose immediately. Any excess glucose left in the blood gets stored in our liver or muscles as glycogen; once those stores are filled, excess glucose gets converted into fat (triglycerides) and stored in our cells.

How do you know if your insulin is high? Glucose spikes initiate the release of insulin; if we can learn which foods may cause spikes in glucose, we can understand when insulin will be released.

Be mindful that we all respond differently to foods—we may even respond in inconsistent ways to the same foods consumed under various circumstances, such as:

Shortened and/or reduced sleep: Sleep loss can lead to increased insulin<sup>7</sup>, and even partial sleep deprivation can impact the appetite-regulating hormones leptin and ghrelin, which may lead to increased consumption and weight gain.

Getting access to your glucose data can help you understand how your body responds to foods under varying circumstances. This is the key to a personalized approach to reaching and maintaining a healthier weight.

Factors Beyond Calories That Affect Weight

The quality of your sleep and your stress management may play a significant role in your ability to lose weight and keep it off. An analysis of the 60,000 participants in the Nurses Health Study found that nurses who slept less than five hours per night were 15% more likely to be obese<sup>10</sup>. A separate but smaller interventional study found that participants who got less than five hours of sleep per night gained 1.8 lbs<sup>11</sup> during the study’s short five-day duration.

In addition to sleep, stress can cause an increase in cortisol, also known as the stress hormone. Increased cortisol in your bloodstream can cause higher-than-normal insulin levels, which may lead to cravings for sugary and fatty comfort foods.

Proponents of simply counting calories to reduce weight discount the complexity of our metabolism and behavior, while a holistic, personalized weight loss approach addresses those concerns.

What Happens After Your CICO Diet?

Perhaps the biggest concern about calorie-restricted dieting: these diets are temporary solutions that, as discussed in The Biggest Loser study above, will ultimately lead to weight gain.

The antidote to this vicious circle? Think more about the long game—make lifestyle changes that you intended to follow permanently. Those changes, since they’re intended to be lifelong, typically prove less drastic than calorie-counting diets and are more maintainable.

Rather than obsess over the not-so-simple addition and subtraction of counting calories to create a deficit, a more customized approach to weight loss considers your unique biometric data. Given the advances and availability of continuous glucose monitors to non-diabetics, it’s now possible to free yourself from the challenges of calorie counting and make smart food choices based on how your body responds to what you eat. 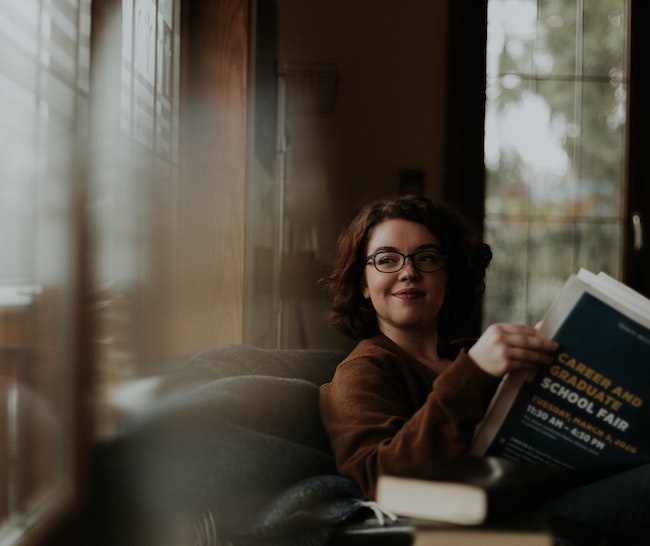 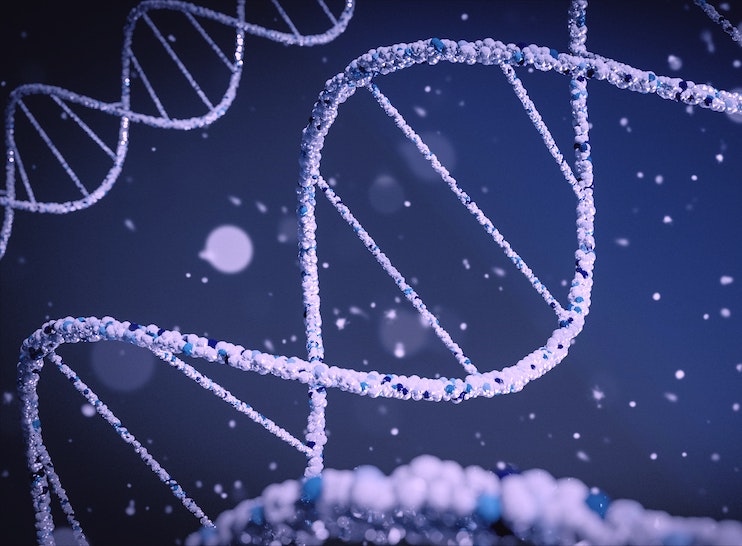 Bio-Individuality: What It Is & Why It Matters For Weight Loss 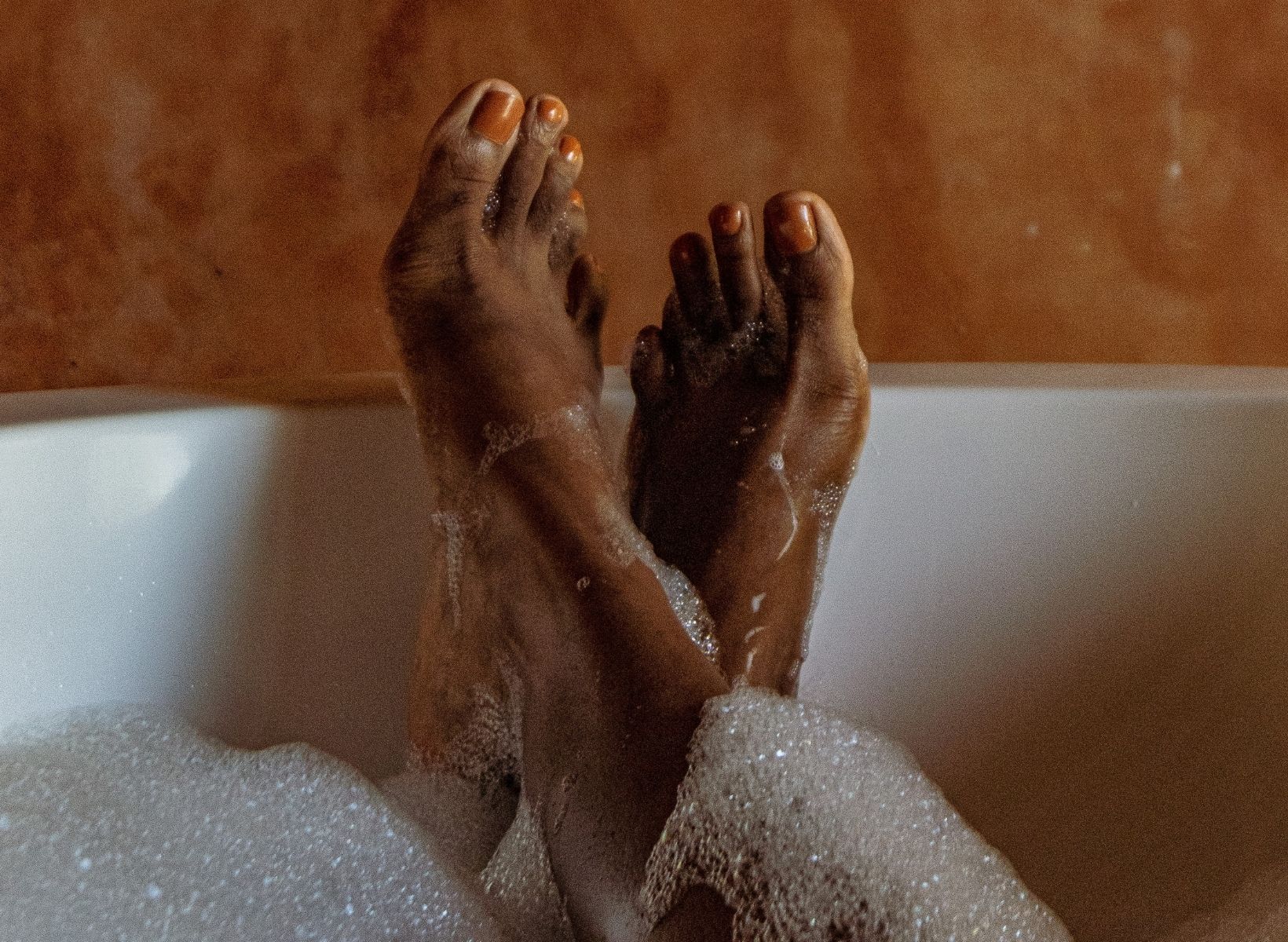 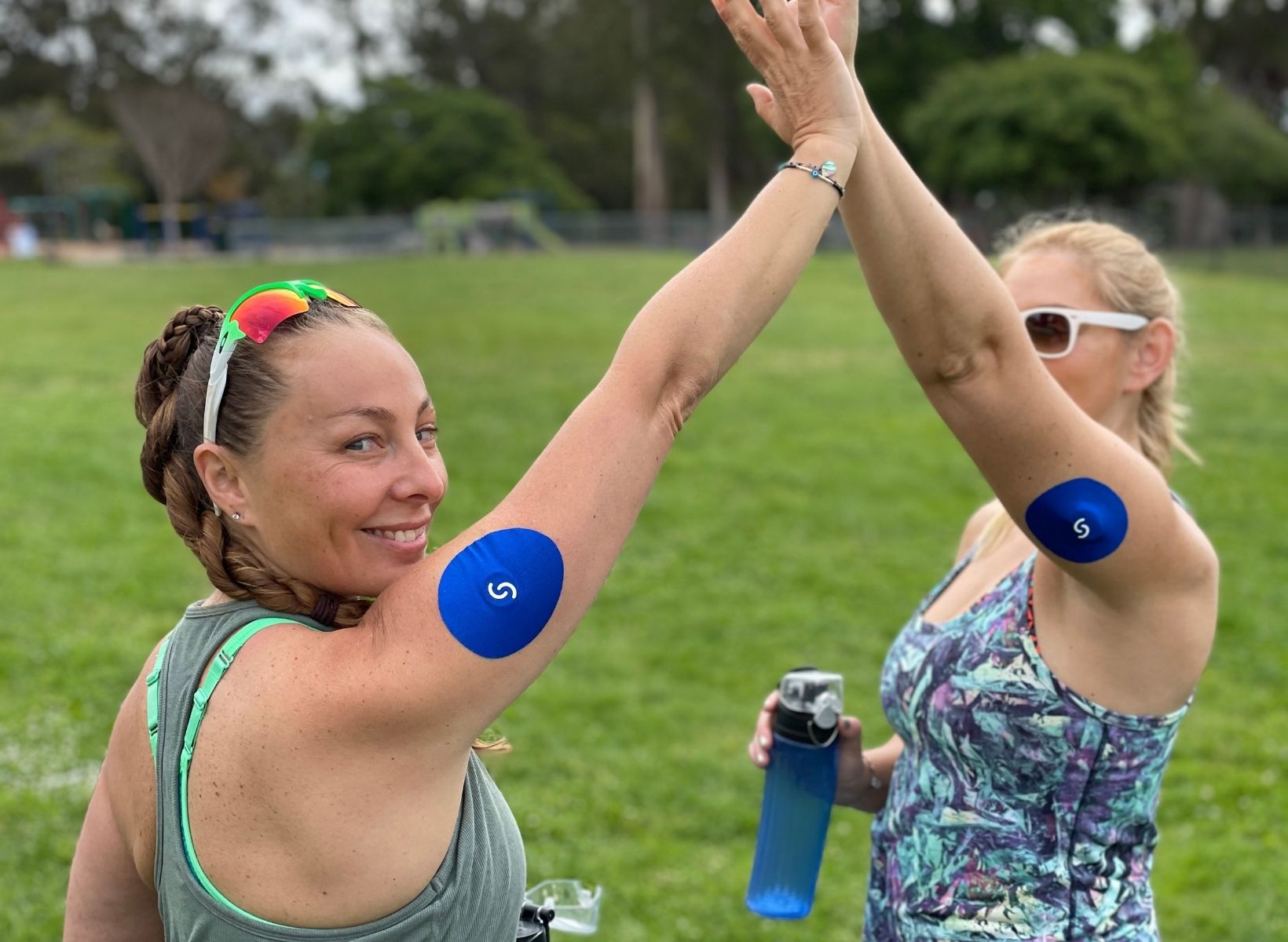 Signos Launches Out of Stealth Mode 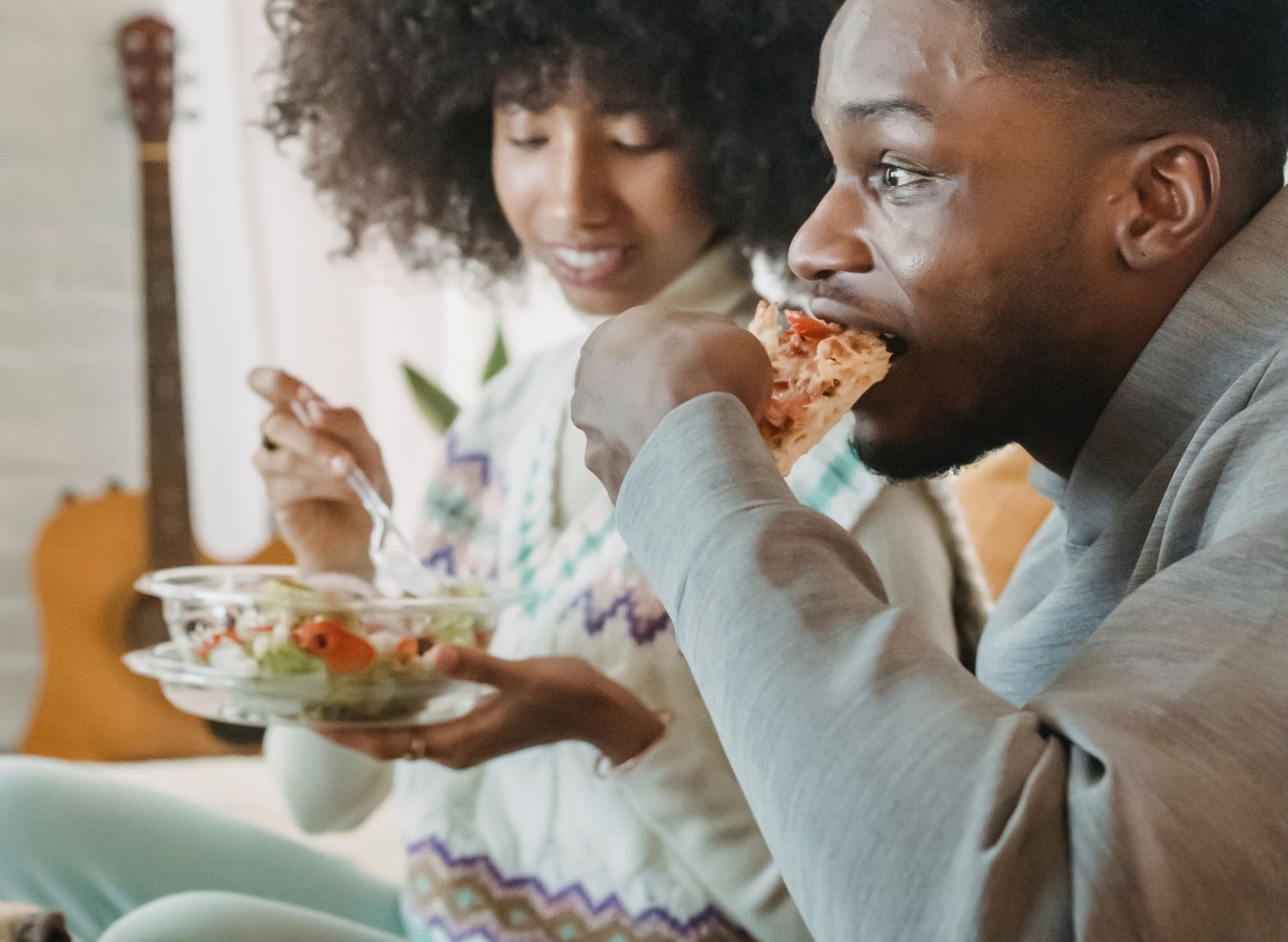 How to Use Signos to Conduct Your Own Metabolic Experiments 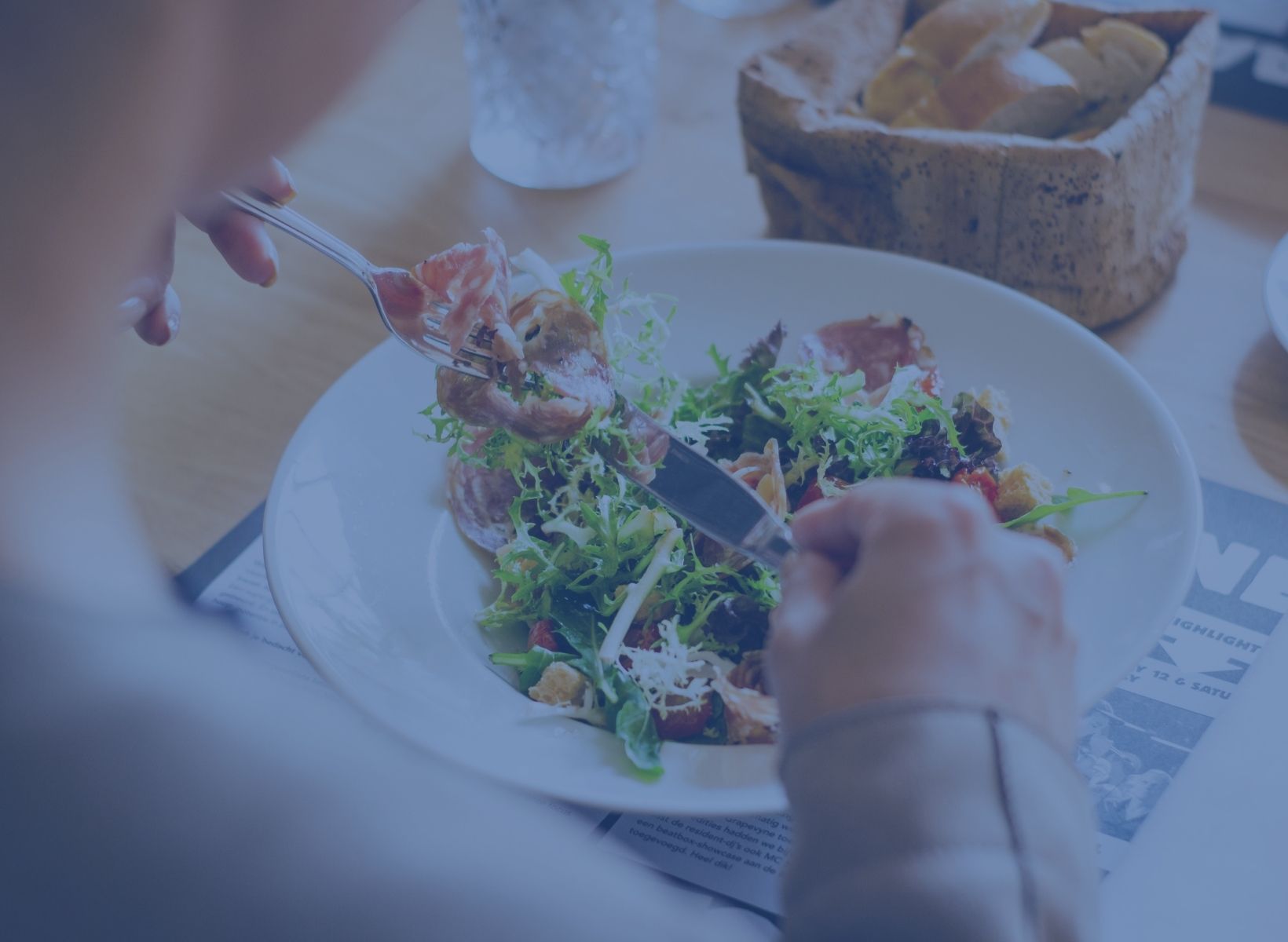 Stable Blood Sugar: How To Reap and Keep the Benefits 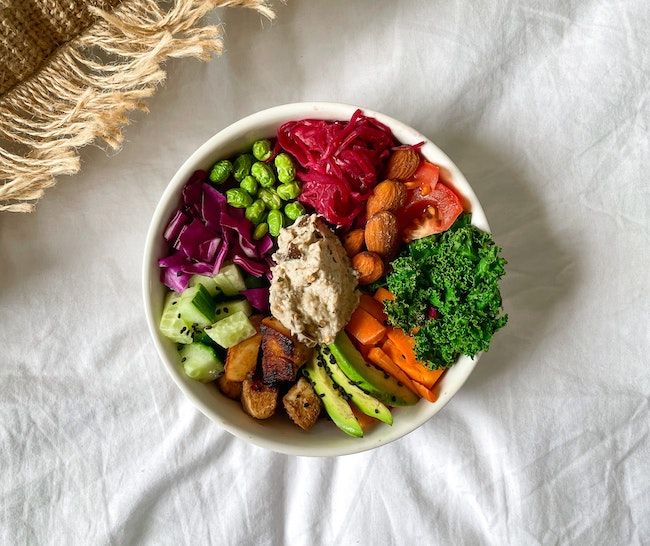 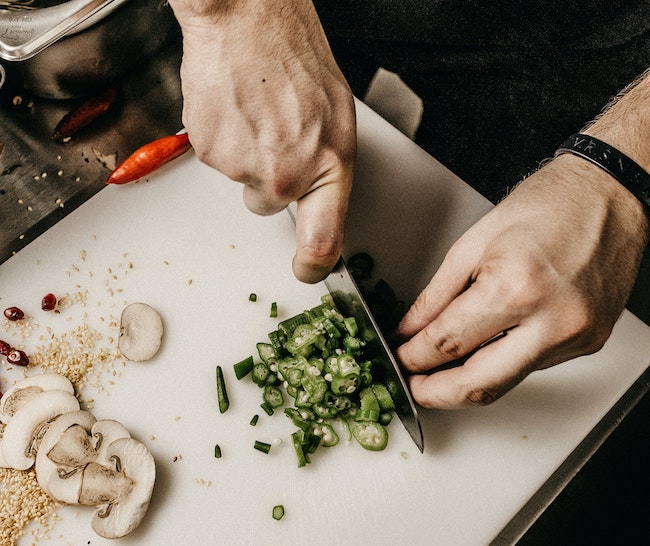 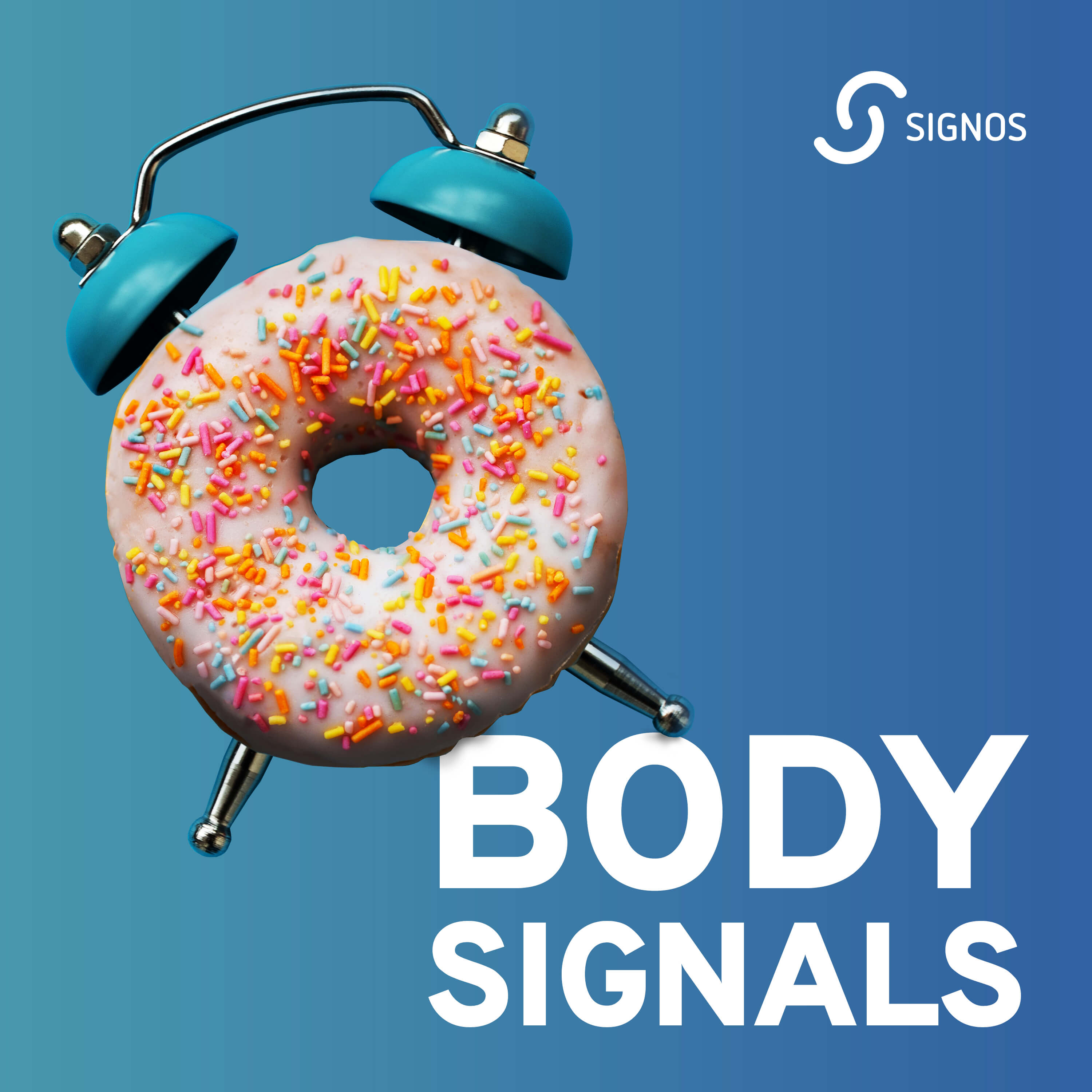 How to Rock an "Exercise Snack" and what's the deal with insulin resistance with RD Taylor Fazio, from the Lanby and host Bill Tancer. 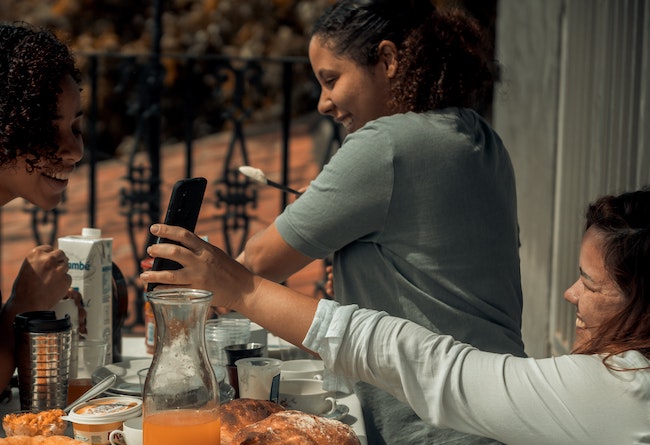 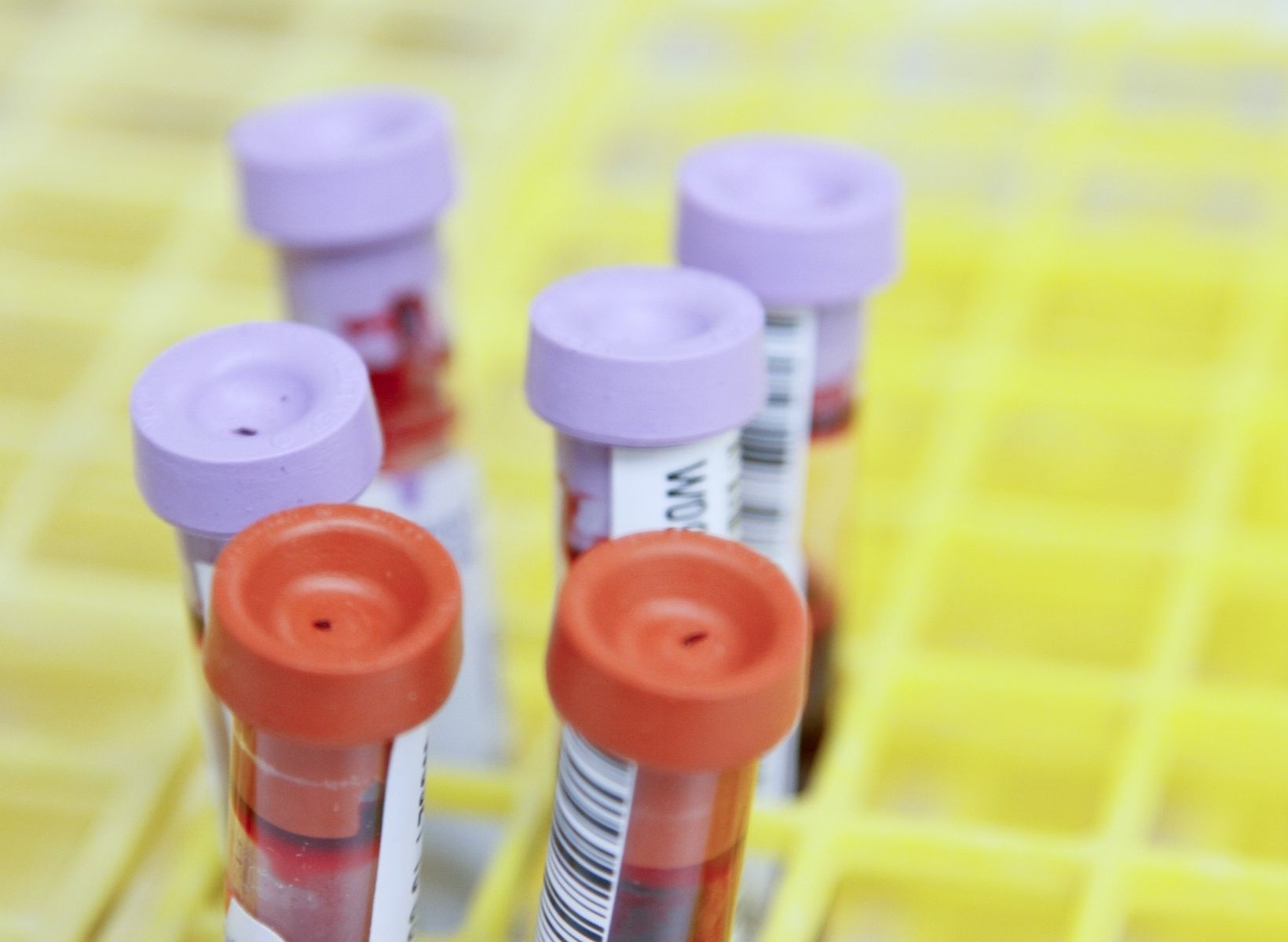 Why Would a Non-Diabetic Want to Track Their Glucose?