Glucose Metabolism: How Glucose Is Processed in Your Body 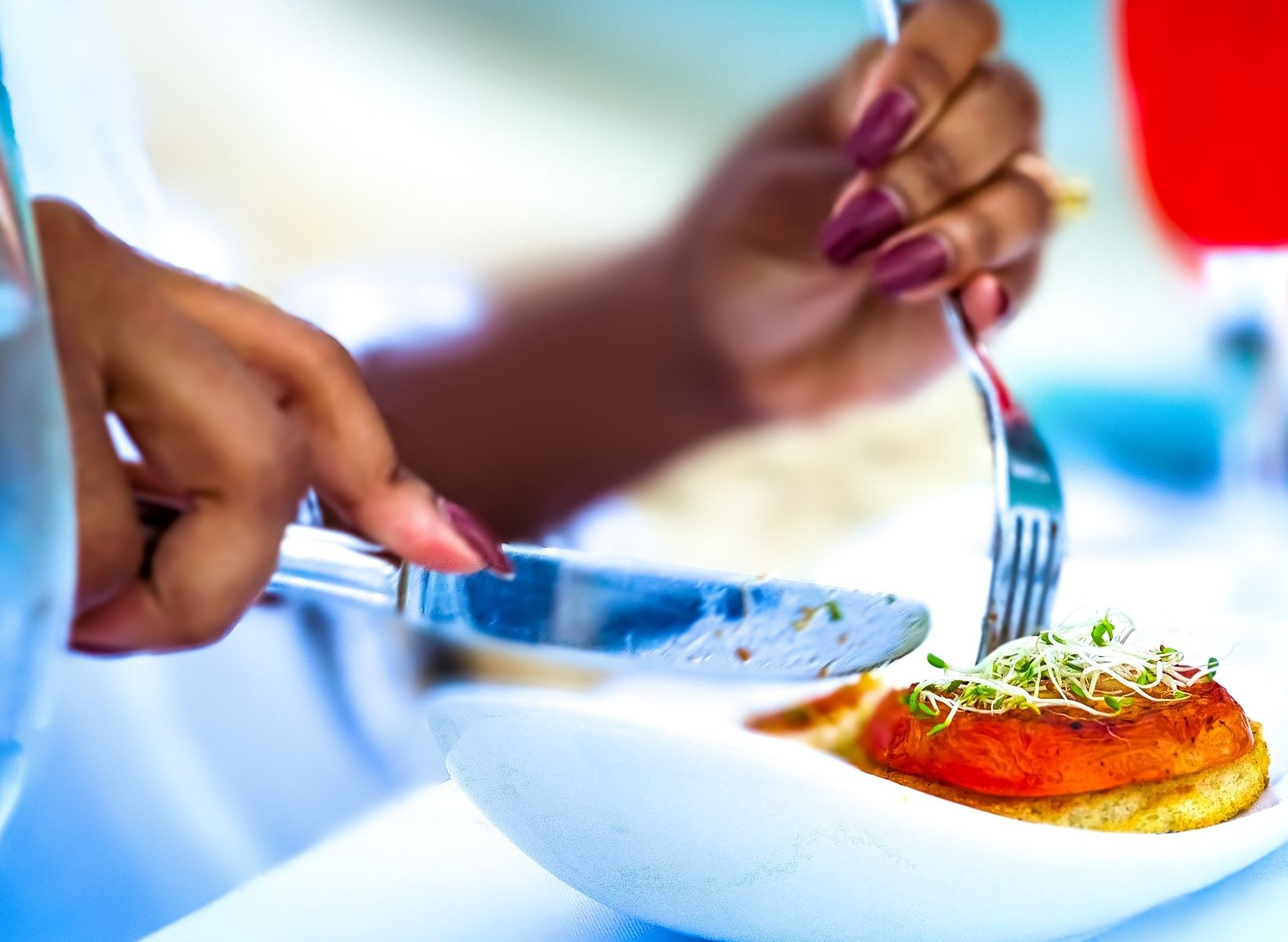 Now that we’ve stopped demonizing fat (hopefully?) as the root of all dietary evil, sugar has taken center stage as the focal point of nutritional scrutiny. Many “thought-leader” bloggers, social media wellness influencers, and even some credentialed medical professionals espouse the benefits of kicking all sugar to the curb. Stat.

It’s addictive. It messes with your hormones and increases cravings. It makes you fat.

Sugar (aka glucose) can be associated with all of these statements. But understanding sugar, glucose metabolism, and how your body processes glucose provides foundational knowledge that can help you make informed decisions about what’s best for you.

How Glucose Is Metabolized in Your Body

Glucose is a simple sugar. It’s present in the blood (often referred to as blood glucose) and serves as a major fuel source for organs, tissues, and metabolic processes.

When we eat sugar, our bodies convert it to glucose to use as a source of energy. As carbohydrates enter the bloodstream, the pancreas releases insulin to shuttle the glucose to the cells to use for energy or storage.

Dietary fat and protein can affect your blood glucose as well. Fat isn’t broken down like carbs; it’s broken down slowly into fatty acids. A high-fat meal may have a minimal effect on post-meal glucose and insulin; however, animal research1 has associated a high-fat diet with an increased risk of insulin resistance2.

While protein is broken down in a similar way to carbs, it affects blood glucose differently. Protein digestion begins in the stomach and continues in the intestines, where it’s broken down into amino acids. In the liver, some amino acids get converted to glucose while others are used to make protein again for use by the muscles. When adequate levels of insulin are present, protein can have a minimal effect on glucose levels.

Glucose, the body’s preferred source of metabolic fuel, is most readily available from carbohydrates. When carbs are restricted, your body can make glucose from fat (from glycerol) and protein (from the amino acid glutamine) through a process called gluconeogenesis.

Glucose metabolism entails the process of glucose entering the tissue cells and converting into adenosine triphosphate (ATP). Glycolysis, the process by which carbs are broken down to produce energy, takes place in the cytoplasm of the mitochondria when one glucose molecule is broken down to form pyruvate to synthesize ATP molecules.

The energy currency of the body, ATP is used to transport molecules across cell membranes; contract muscles; conduct nerve impulses; divide and grow cells; and create reactions that make hormones, cell membranes, and other vital molecules.

Does Your Body Need Glucose?

Yes. The body prefers glucose as an energy source. Organs that use glucose as a source of fuel include:

Can Ketones Replace the Need for Glucose?

Not exactly. The body requires glucose to function. While the body can make ketones for energy when necessary, the body still needs glucose. For example, red blood cells lack mitochondria and can’t use ketones for fuel.

The body requires some blood glucose to keep us alive and awake. If blood glucose drops below 70 mg/dL, you could feel dizzy, confused, shaky, and like you might pass out. Some worry that hypoglycemia could result from a severe dip in blood glucose, but it’s a condition that’s rare in non-diabetics who don’t take insulin.

So, how do our bodies meet our need to keep blood glucose up when we’re not eating (fasting)? Where could a source of energy come from if it’s not supplied from our diets? In a word, ketones.

Ketones are molecules that are formed in the liver from fatty acids and some amino acids when the body doesn’t produce enough insulin to convert glucose into energy.

This can happen in a fasted state, while intermittent fasting or for longer stretches when we don’t take in fuel. This can also happen during a ketogenic diet when severe carb restriction requires the liver to convert fat into an energy source.

During times of low energy availability, like fasting or starvation, gluconeogenesis creates glucose from amino acids (protein), the breakdown of structures such as muscle tissue, and when glycerol and free fatty acids are created through lipolysis4 and provides the energy for gluconeogenesis.

Ketosis, the process of burning fat to make ketones for energy, typically kicks in about three to four days after eating 50 grams or fewer carbs per day in healthy, non-diabetic people. Fasting also initiates ketosis more quickly, possibly after just 12 hours of not eating5.

Normally, our bodies rely on sugar first for energy. Once the glucose floating in our bloodstream is used up, our bodies can tap into glucose stored in the muscles, and liver. Once those stores are depleted, fat stored in our adipose tissue is used for fuel. When that’s not available, ketones provide backup.

Ketones are released into the bloodstream and taken up by your organs, including your brain, moved into the mitochondria, and used as fuel. Excess ketones are excreted through urine and acetone (a type of ketone) is released in the breath.

Some high-glycemic foods (and maybe even moderate-glycemic foods) can cause rapid rises and dips in blood glucose—sometimes multiple times after one glucose-spiking meal—that requires the liver to release a proportional amount of insulin to shuttle the glucose to where it can be used for energy.

Over many years, spiking and dipping glucose levels can lead to insulin resistance, weight gain, obesity, metabolic syndrome, prediabetes, or even type 2 diabetes6.

A 2013 meta-analysis of studies reported that very low-carb diets (less than 50 grams per day) can work for weight loss in the long term7. The catch: Keto and low-carb diets can be hard to sustain. Can you imagine celebrating every birthday for the rest of your life with a steak “cake” or, possibly worse, one made with monk fruit and keto chocolate?

Carbohydrates provide a quick and easily metabolized source of glucose that can lead to a rise in blood glucose (aka blood sugar). Provide the body with a steady stream of its preferred fuel source, carbs, and the body uses what’s currently needed for energy and store the remaining glucose in the muscles and liver. When those stores are full, any excess glucose gets stored in adipose tissue as fat.

Very low-carb diets encourage burning through stored glycogen in a matter of a few days or less at the start of the regimen. After that, your body uses the relatively small amount of carbs you might get from your diet for energy first, then it digs into your stored body fat for fuel. This is why keto and low-carb dieters can lose weight, sometimes rather quickly, and see improvements in their proportion of body fat to lean mass.

If you don’t give your body the opportunity to burn through its glucose stores, you won’t burn through any stored body fat. If you’re happy with your weight and body composition, you may not see a reason to burn stored fat or you may not have a lot of stored fat to lose (lucky you!).

If you want to lose weight and burn fat, it’s a different story. To lose body fat, you’ll have to make some changes to your eating habits and integrate exercise into your regimen.

That said, not everybody loses weight on low-carb diets.

Some keto dieters load up on fat to take the edge off the hunger that can be initiated by moderate amounts of protein and the lack of nutrient-dense, fiber-rich carbs (for example, fruit and whole grains like barley or oats are omitted or cut drastically). While fat provides a sense of fullness, fiber and protein do as well—and they do it for fewer calories.

One gram of fat contains 9 calories, whereas one gram of carbs or protein contains about 4 calories. While this may not seem like much, it can add up over the course of a day.

When following any fat- and weight-reduction routine, skirting the necessity of portion control can halt progress as well.

Many keto dieters can also follow the trend of eating only one or two meals a day. That means packing all of your caloric and nutritional needs into a small eating window. Even if you eat fewer meals and snacks, if you eat more than your body uses, the unused calories from dietary fat can be converted into body fat.

Does an Ideal Diet Exist for Improving Glucose Metabolism?

Ketones provide fuel and spare the body from potential glucose spikes that can come from some high-glycemic carbohydrates and sugary drinks. It’s a selling point of low-carb diets, especially the ketogenic diet.

One study on 364 overweight and obese participants—102 of which had type 2 diabetes—put people on either a low-calorie diet (LCD) or a low-carb keto diet (LCKD) for 24 weeks. While both diets showed beneficial effects on body weight, waist circumference, cholesterol, triglycerides, blood glucose, and hemoglobin, the changes were more significant for those on an LCKD.

Researches concluded that the keto diet appears to improve glycemic control8 but that a diabetic patient who wants to follow a keto diet should do so under medical supervision to ensure their glucose levels don’t drop too low.

Another smaller study of 49 participants with obesity and type 2 diabetes had patients follow either a keto diet of fewer than 20 grams of carbs a day or a reduced-calorie, low-glycemic diet. Both diets led to improvements in hemoglobin A1C, fasting insulin and glucose, weight loss, and HDL cholesterol (the “good” kind). The lower-carb keto diet led to greater improvements in glycemic control9 and more frequent medication reduction or elimination than the low-glycemic diet.

A scientific paper opines that there’s no clear dietary requirement for carbohydrates in humans10, arguing that mild ketosis can offer therapeutic potential in certain diseases, and can result in body fat mass reduction.

As the potential benefits of lower-carb ways of eating continue to be researched, low-carb diets—particularly strict ones like the keto diet—aren’t always sustainable long term for many people.

What’s more, a low-glycemic diet—where the focus is on selecting foods and food combinations that promote a low-glycemic response in the body—may be just as beneficial when it comes to weight loss and improved insulin resistance.

Exercise has a beneficial impact on glucose stabilization; research shows that it can restore glucose metabolism in insulin-resistant muscles12 and improve insulin sensitivity for up to 48 hours after the workout. This awareness helps contextualize the results of the study referenced above on the impact of the high glycemic vs. low-glycemic diet, which both asked participants to exercise.

It’s also important to note that many of the studies that review the glycemic effects and impact on body weight and other markers of health tend to test prediabetic, diabetic, and overweight or obese individuals. This makes sense, of course, as researchers try to find solutions to help populations with diseases or disorders.

For healthy people who may want to lose weight or prevent the negative implications of poor glucose metabolism, these studies can provide general insight but specific insulin and glucose responses may differ in healthy people compared to those who have diabetes or metabolic syndrome.

The best guidance? Pick a nutrition plan that emphasizes nutrient-dense whole foods and cuts down on added sugars. Exercise wisely, break up with sugar-sweetened drinks (let flat water and sparkling water become your daily besties), and get enough quality sleep. Your glucose metabolism will benefit and so will your waistline. 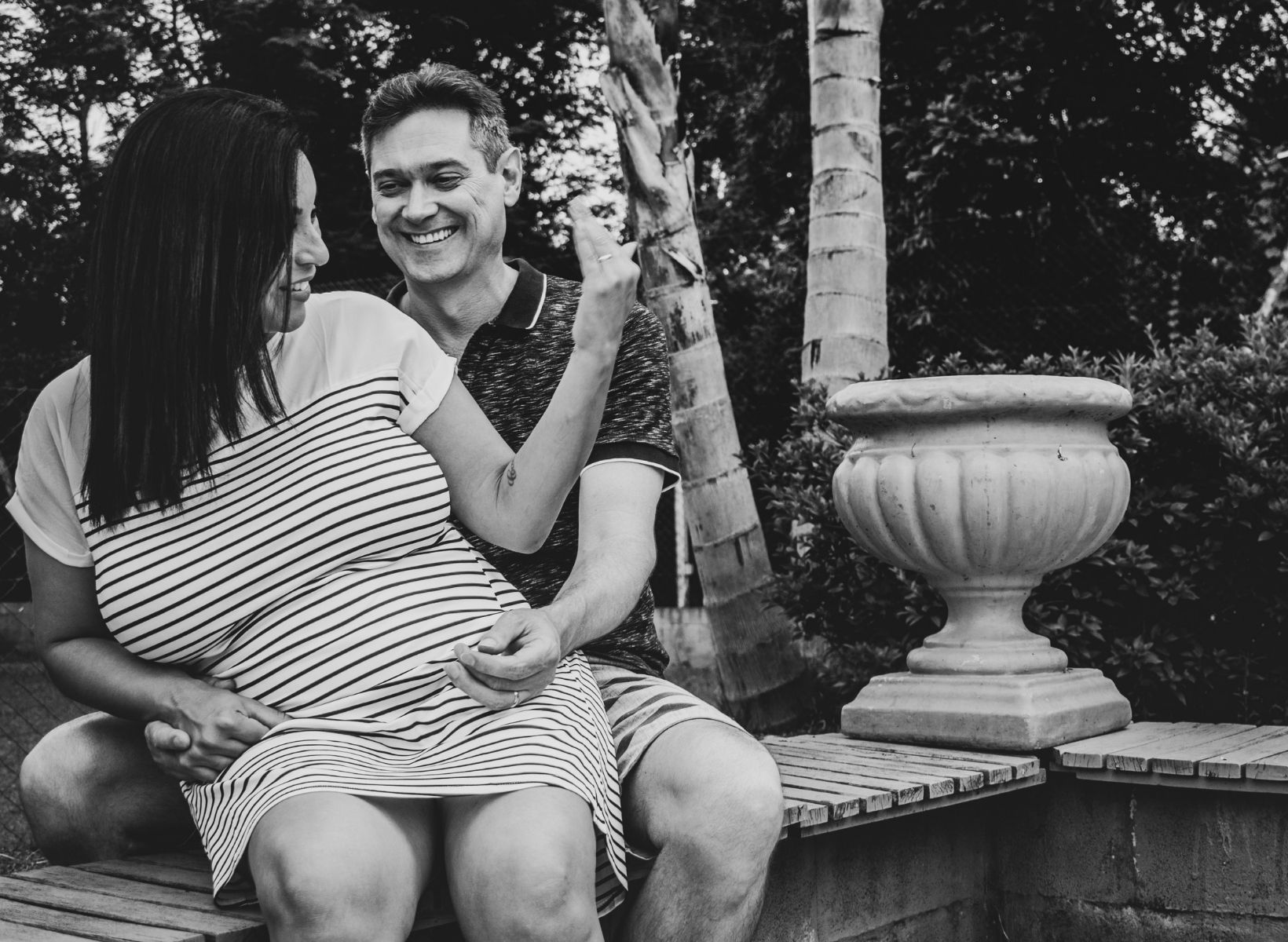 What Is Impaired Fasting Glucose and Why Does it Matter for Your Health? 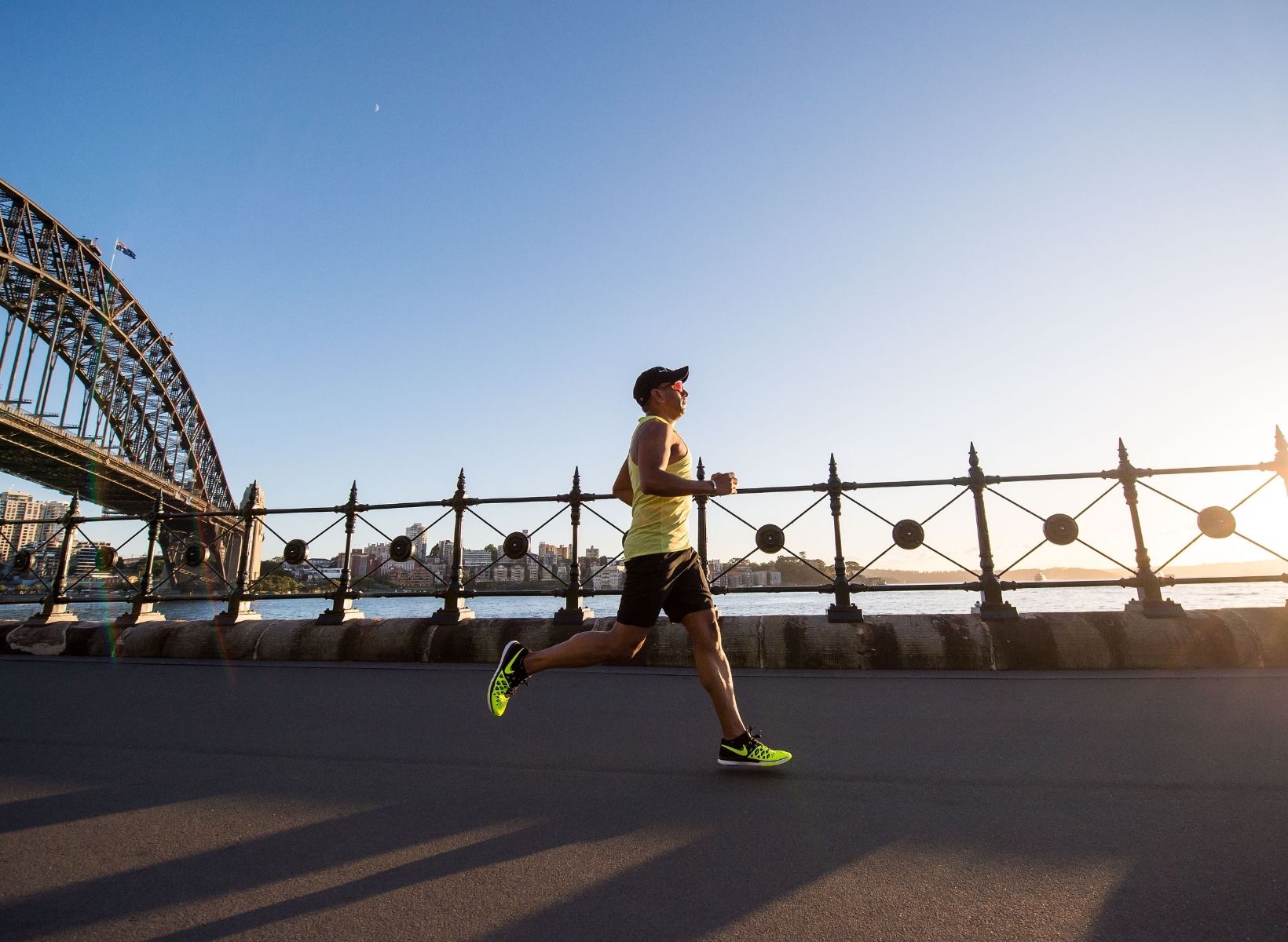